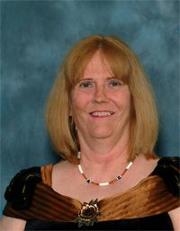 1.Name one thing you miss about being a child.
Maybe the innocence I had. Though I still ooh and aah at fantastic things, I think my innocence as a child made those oohs and aahs greater. The child within me is still there, but not as perfect as it could be. I hope I made that understandable.

2. Do you have any phobias? If so, what are they?
Spiders and cockroaches. Hate them. Also, I have fear of heights lately.

3. Are you a collector of anything and if so, what?

4. You're about the walk the Green Mile - what do you have for your last meal?
Chicken and dumplings with sushi, mashed potatoes, and green beans.

6. Who is your favorite author?
Jim Butcher, Shirley Jackson, Ray Bradbury, Anne McCaffrey, really I have a lot of favorites, besides the ones I mentioned.

7. What musical artist are you currently into?
No one artist, and I like the older ones, like CCR, Meatloaf, etc...

8. Have you ever had an imaginary friend? If so, who are they?
I think I had a lot as a child, as I grew up alone (both half-sisters were adults by time I was born) and entertained myself with the stories and people and creatures in my head. I was writing down those stories since I was eight years old.

9. What's your favorite word?
Dream? Because I hope that is where my stor4ies come from. I like a lot of words, especially if I come across cool words that I never heard of or saw before.

10. What is your current desktop wallpaper?
Alaska snow-topped mountains and water with ice floes.

11. You're at a Chinese buffet - what goes on your plate?
Sushi, for sure. Jalapeño chicken and chicken and broccoli.

12. What person now deceased would you most want to spend some time with and why?
My father. Also Edgar Allan Poe.

13. What are you currently reading?
Bloodring by Faith Hunter.
Posted by Tracey Fleming at 12:30 PM 2 comments:

Review: Being Familiar With a Witch

Being Familiar With a Witch
by Sapphire Phelan
Downloadable e-book
available in these formats:
HTML, PDF, Rocket/REB 1100,
Mobipocket, and Microsoft Reader
from Phaze Books

In a nutshell, if you like paranormal romance with explicit sex that's a quick read, then this book might be for you.

Our story begins as we accompany an incubus, Charun, as he haunts a woman in the throes of an erotic dream.  He is about to do what incubi do best when he is summoned to Hell by his superior, Byleth.  Charun is told he will lose incubus status and be assigned to a witch on Earth, in this case, Tina, as her familiar.  It will be up to him, on her 21st birthday to consummate their relationship to activate her latent magickal abilities.  This must occur or Armageddon will start, wiping mankind from the face of the Earth and giving sway to Lucifer and all the demons of Hell.

Charun spends the next 21 years watching Tina grow and mature, unaware of her witchcraft.  When she turns 21, Charun assumes the guise of a black cat and insinuates himself into Tina's life - finally revealing his true nature of being a demon to her.  He explains who he is and why he is there and gives her a deadline of Halloween to consummate their relationship in order for her powers to bloom.

Tina is initially skeptical, then comes to accept what she's been told, still a bit on the "oh sure" side of things.  However, she cannot deny her attraction to Charun (he takes on a hunky human look).

The book is short, 116 pages, qualifying more as a novella than a true book.
It is chock-full of explicit language and sex scenes...and I do mean explicit.
Is this for everyone?  Possibly not, it depends on how much sex you like in your paranormal romance.
There's a smattering of magick behind the goings on in this tale, but nothing too involved.

The writing is not bad - the reading level here though is sparse (not a lot of time spent on detail)  but is heavy and detailed when the sex scenes show up.  That was a little jarring for me, as I would be reading along on what felt like a junior high school level and then wham, here was the XXX rated sex scenes.
I honestly think Sapphire Phelan can write - despite the explicit romps, I found myself drawn in to the action.
As short as the story is, I did find the charaters of Charun and Tina engaging and well-crafted.
In fact, I wanted more detail regarding these characters.

I would like to see Ms. Phelan take on a longer and more involved work - she did pretty well within the shortness of this novella, but I believe she would shine given a longer format in which to develop her story and her characters,
Bottom line?  Watch out for Sapphire Phelan - she has the tools, and deserves a bigger canvas on which to work. 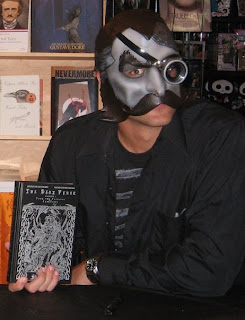 1. Name one thing you miss about being a child.
Summers

2. Do you have any phobias? If so, what are they?
I get a bit squeamish when I have to kill a big bug.


3. Are you a collector of anything and if so, what?
Nope.

4. You're about the walk the Green Mile - what do you have for your last meal?
Double cheeseburger, fries, breaded veal, mashed potatoes, beef wellington, bread with olive oil and vinegar, strawberries, and homemade cheesecake (family recipe).

6. Who is your favorite author?
H.P. Lovecraft.

7. What musical artist are you currently into?
Before The Dawn (Finnish melodic death metal)

8. Have you ever had an imaginary friend? If so, who are they?
Nope.

10. What is your current desktop wallpaper?
An image that my friend John Stifter drew for me of an angel clad in armor.

11. You're at a Chinese buffet - what goes on your plate?
Chow mein and orange chicken (mainly), with some fried rice, egg rolls, and beef and broccoli,

12. What person now deceased would you most want to spend some time with and why?
H.P. Lovecraft, so we could discuss the subject of dreaming.

13. What are you currently reading?
The King of Elfland’s Daughter by Lord Dunsany
Posted by Tracey Fleming at 10:09 PM No comments: