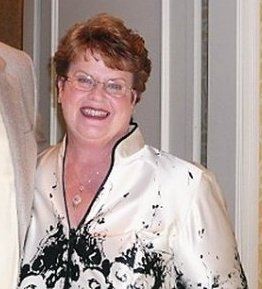 1. Name one thing you miss about being a child.
The sense that all things are possible.
2. Do you have any phobias? If so, what are they?
I am queasy about anything to do with eyes. I can’t watch movies in which people receive eye injuries.
3. Are you a collector of anything and if so, what?
Yes, I collect Charlotte Rhead pieces. She was a pottery designer whose finest moments were in the 1920s and 1930s.
4. You're about the walk the Green Mile - what do you have for your last meal?
Hmm. Fried green tomatoes, fried okra, country fried steak. Sensing a theme?
5. What is your favorite cookie?
They’re called thumbprints. It’s a shortbread cookie with a thumbprint in the middle that you dab with plum jam. Then you embed a pecan half in the jam and bake them, then dust them with powdered sugar.
6. Who is your favorite author?
Impossible to narrow this list to one.
7. What musical artist are you currently into?
Yo Yo Ma.
8. Have you ever had an imaginary friend? If so, who are they?
No.
9. What's your favorite word?
Adjacent.
10. What is your current desktop wallpaper?
I used to have a beautiful fall scene, but now it’s plain.
11. You're at a Chinese buffet - what goes on your plate?
General Tso’s chicken, egg rolls, rice, sweet and sour soup.
12. You may plant your dream garden  What's in it and what does it look like?
I never dream of gardens. I used to love roses and planted many of them, but they take a lot of work and love. I saw some fantastic gardens in England .
13. What are you currently reading?
“The Warded Man” by Peter Brett.
Posted by Tracey Fleming at 10:08 AM No comments: Dead Until Dark
by
Charlaine Harris
Available in paperback from Amazon, Barnes and Noble and for the Kindle from Amazon.

When I created The Written Universe, I thought I might need to pad my entries some, so I set myself the task of reviewing authors who were well known and established to review between my regular reviews. I wanted to high light earlier works or first works just in case the reading populace had forgotten what put the author on the literary map in the first place.
This entry is one of those.

If you've ever watched True Blood on HBO, you know the story: Sookie Stackhouse is a bar maid at Merlotte's in Bon Temps, Louisiana. She's 20-something and pretty, and can read minds.
As we meet Sookie, the Japanese have perfected synthetic blood, and the vampire population has come out of the coffin so to speak, trying to mainstream themselves into the human population. Since they can now drink the synthetic blood marketed under the name True Blood, vampires can live in peace and harmony amongst those they once had to feed off of to survive.

The book that started it all, Dead Until Dark starts off the same way. Sookie muses if she will ever meet a vampire, and in walks dark and handsome Bill Compton, a vampire. The attraction between Sookie and Bill builds throughout the book, but not without it's share of pitfalls. A lot of humans are not only biased against vampires, but against Sookie as well due to her ability to read minds. The fact that she can't read vampire minds is one of the reasons she is attracted to Bill - all she hears is nothing and it's a relief.

The TV show followed the first book quite closely but expanded the Tara character and introduced Lafeyette, who, well...spoilers.

The book is a lot of fun to read.
Characters are drawn with an assured imagination, and you really do like Sookie. Sookie is one of the most likeable female characters I've come across in a long time.

I liked this series so much, I went out and bought all the books in one fell swoop (with the exceptions of 10, 11, and 12) and number 13, the last Sookie Stackhouse adventure is due for release in May 2013. I plan on getting the three I lack and then I get to join the throng waiting for Sookie's final adventure.

I like watching True Blood - I finally got caught up and got to see the last season, season 5, and am anxiously awaiting season 6. Watching the show is like getting an alternate uinverse in which to enjoy seeing what the citizens of Bon Temps are dealing with regarding the supernatural. Some of the elements and plot lines of the TV show have borrowed heavily from the books; sometimes the show goes it's own way. That's okay.
Reading the books provides me the window Charlaine Harris has been looking out the entire time.
Both views are equally entertaining.