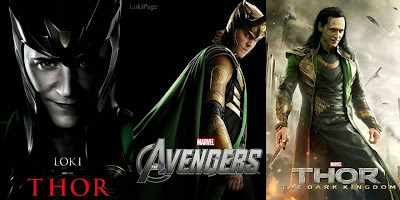 By now some of you may be familiar with the character of Loki, brilliantly portrayed by actor Tom Hiddlestion in the films Thor and The Avengers. Loki is about to make another onscreen appearance in the new film Thor: The Dark World, opening on American screens tomorrow.

Loki is a scene stealer of a character and there is a movement to persuade Marvel to feature Loki in his own film.

I'm using my blog platform to ask you to sign this petition and to forward it far and wide, as many times as you can. With your help, they can keep going and hopefully get Marvel's attention.

Another way to get Marvel's attention is to vote with your wallet. Go see Thor 2 multiple times and then post the fact to your Facebook, Tumblr, and/or Twitter page. Marvel has eyes and ears all over the place and if they see people turning out to see Thor 2 because they want more Loki, then the chances are better that we'll get more Loki.
They've already given him his own comic.
You can get Loki merchandise.
There's Loki fan fiction on Amazon (which is what got yours truly to finally read a book for pleasure on her Kindle).
So why not a movie?
It's we the fans who drive the success of a film or book or TV show - don't forget that. Without us, they have nothing.

Petition to Marvel Studios to give Loki his own film

Loki comic coming this February
Posted by Tracey Fleming at 6:32 PM No comments: 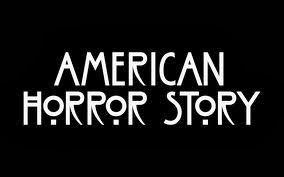 Good evening constant reader.
While I'm reading a new book for review, I'll be posting entries here and there on assorted topics.

This one deals with the television show, American Horror Story. If you've not had the privilege of seeing this magnificent series, then you should remedy that immediately.

I saw the first season and was suitably impressed. The house was nice in a creepy way and the things that went on there were weird as hell. The fact that I as a viewer kept getting jerked around from one time period to the next served to make things interesting, rather than keep me irritated. Oh yes, it kept me off balance, but that's what a true roller coaster ride is supposed to do - keep the rider on the alert for the next up hill climb. then free fall once over the hill.
American Horror Story has that formula down to a fine art. The acting was uniformly superb as well as the writing.

I've watched the first episode of season three, Coven, and am here to tell you the twisted minds are still at work.

It was because of that, I sought out American Horror Story Asylum.
When it was first aired, I watched the first episode and it scared the shit out of me. So much so, after the second episode, I quit watching.
It was too disturbing for me to watch.
ME! The one who will always choose a horror novel over a romance any day for the week.
ME, who sat through Dawn of the Dead, while the people's vomit from behind me seeped it's way down the floor of the theatre. Since they threw up during a pivotal time in the film, we couldn't really move, so we put our feet up.
ME, the girl who sneaked home a copy of the book The Exorcist to literally read under the covers at night as I had been forbidden to read it by my parents.

What is it about American Horror Story?
The writing plays on our common, every day lives and fears, and twists things to show us the dark underbelly. Disturbing imagery that isn't blood and guts does the job. Odd music cues, fantastic aural support to set the mood in the show musically and camera work that makes you think you might be losing your mind.

I'm on episode four of Asylum. It's freaking me out.
That's a good thing.

I hope the creators of American Horror Story, Ryan Murphy and Brad Falchuk keep scaring the shit out of us for a very long time, as they're producing some of the best horror out there.
Posted by Tracey Fleming at 6:36 PM No comments:

It is with sadness that I must report the passing of yet another talent in the field of horror writing - Philip Nutman, author of the acclaimed novel Wet Work, passed away yesterday at the young age of 50.
An expatriate of Britain, Nutman was known for many things, but I first came in contact with him through his feature articles in Fangoria magazine in the '80's. He was one of the first to interview a then relatively unknown named Clive Barker for Fangoria.
Nutman's work appeared in two anthologies I have personal knowledge of, Skipp & Spector's Book of the Dead and Splatterpunks.
Nutman also wrote and edited 50-plus comic books and over a dozen screenplays. He was also instrumental in bringing fellow horror author Jack Ketcham's The Girl Next Door to the screen (if you've not read the book or seen the film, you need to).
This announcement also comes with a request.
A GoFundMe page has been set up for Philip Nutman's funeral. His passing was unexpected and so quick, no pre-planning had been made.
You can find that page here: Philip Nutman's Funeral
If you can donate, please do.
Posted by Tracey Fleming at 1:57 PM No comments: