Not Gone and Never Forgotten 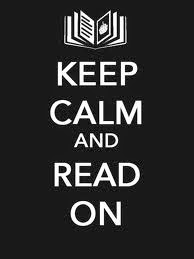 Bet you thought I'd disappeared.
Nope, no such luck.

My mother passed away in May, peacefully in her sleep, which was how I hoped it would be.

Been doing a lot of for pleasure reading. I've discovered the brilliant writings of Cory Doctorow. Though intended for a young adult audience, the subject matter is relevant to any and all and is presented beautifully. If you like science fiction that's science fact and relevant to the times (cyber stuff, hacking, spying, how much privacy do we really have?), then you'll eat his stuff up - Homeland and Little Brother are the two I've read.

I liked the Anita Blake novels by Laurell K Hamilton and have read a great deal of them. But, I've found a series that I think is head and shoulders over Hamilton's books - The Black Dagger Brotherhood by J.R. Ward. I've read the first two and am on the third and have the rest on my Kindle to read. Full of sex, violence, blood, interesting vampires, this series is better written than the Anita Blake books. Too often Hamilton will come up with a nifty premise, only to drown it to death in sex, and then wrap it up nice neat in one chapter, telling us how things were resolved rather than writing it and showing us how. Lazy writing is what that is.

Got some interesting books coming up in the following weeks for review...
So stay tuned.